I'm extremely grateful to all the people who have left me feedback recently. It's impossible for me to reply to everyone, because I'd never get any drawing done, and I've got many pages to do yet. I've had a few offers from people to help out with proofreading. To which thanks. However most of the mistakes have been corrected on the original files since these uploads, and my publisher will be doing a final pass anyway.

I'm aware that there are factual blunders (well, some confusion anyway) in the chapter on Personality Disorder, and I'l be rewriting/redrawing sections of that.

Here's what will probably be the cover of Psychiatric Tales. 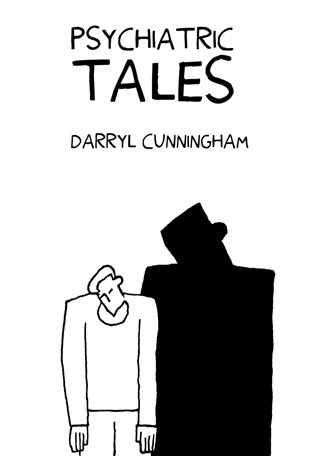 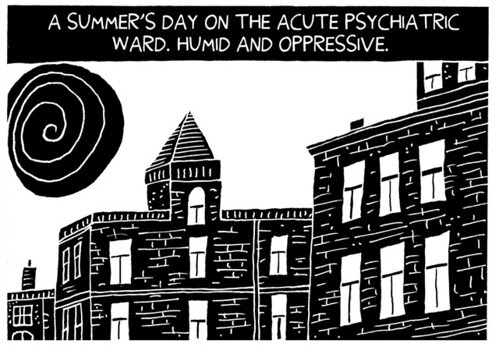 Posted by Darryl Cunningham at 23:17 3 comments:

Girls on the London tube. 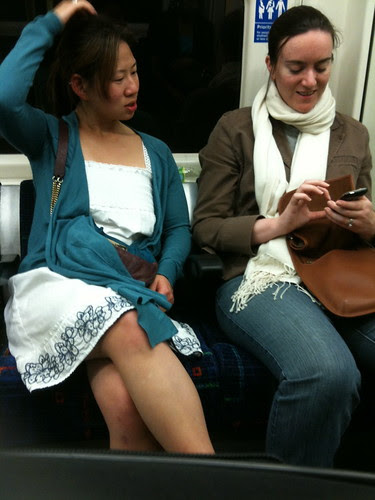 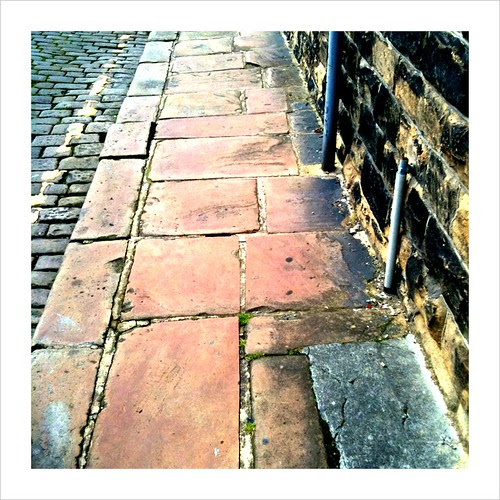 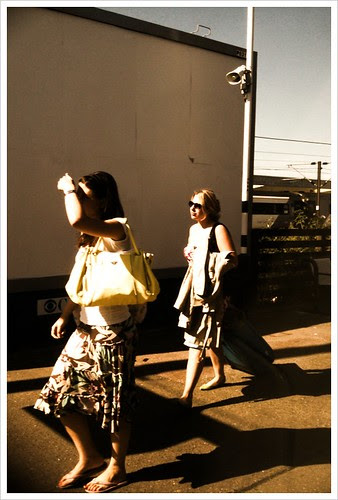 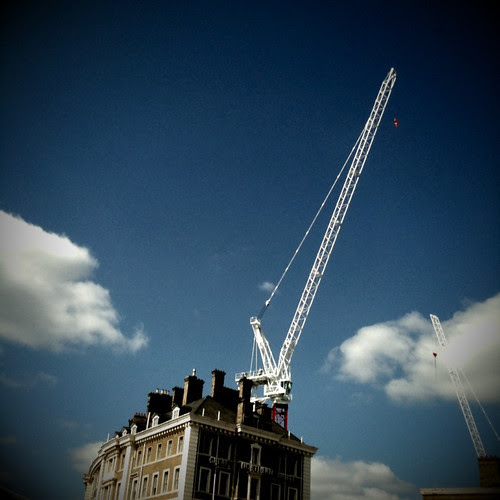 Posted by Darryl Cunningham at 15:34 3 comments:

An eleven page chapter from my upcoming book Psychiatric Tales, which will be out from Blank Slate in early 2010. 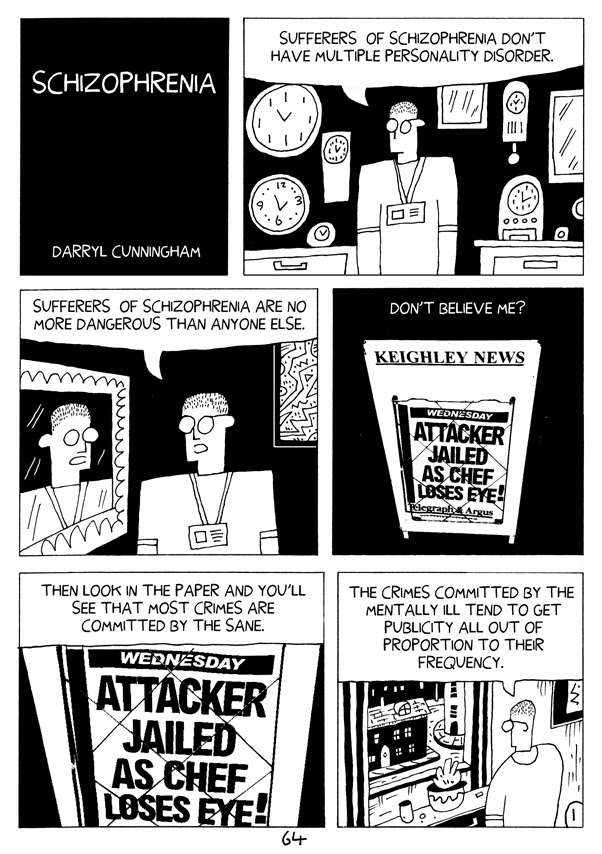 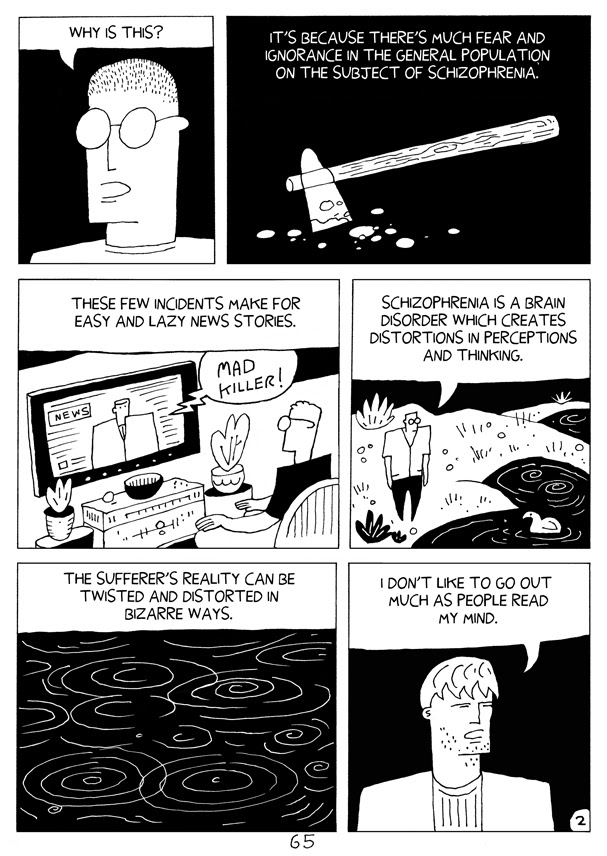 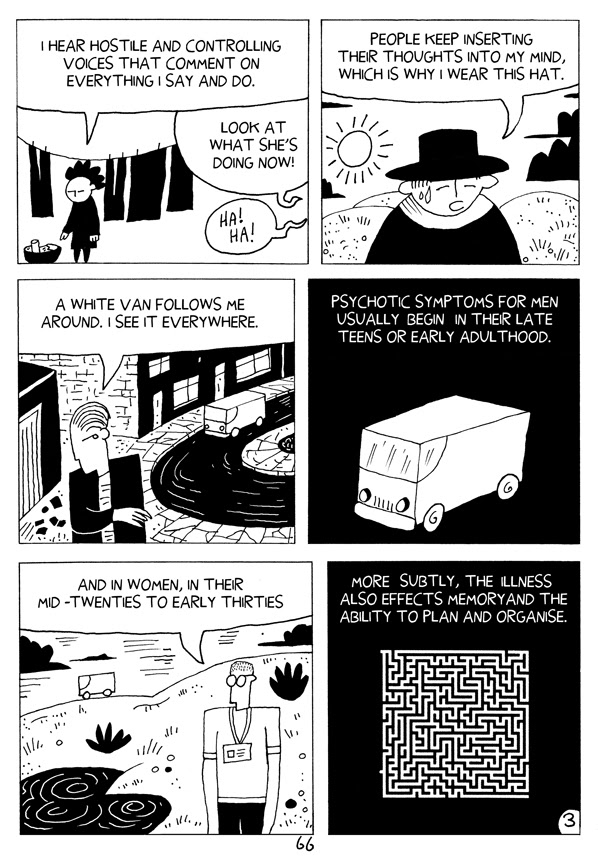 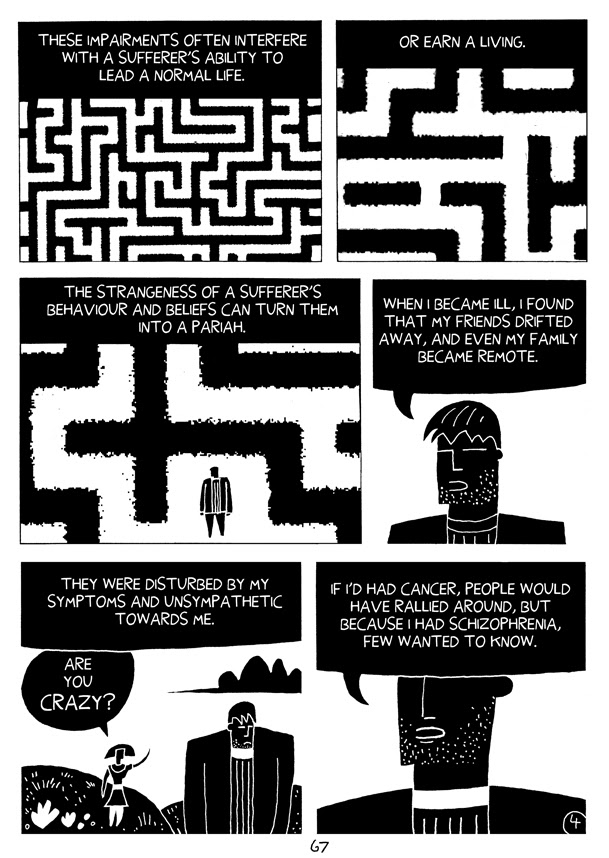 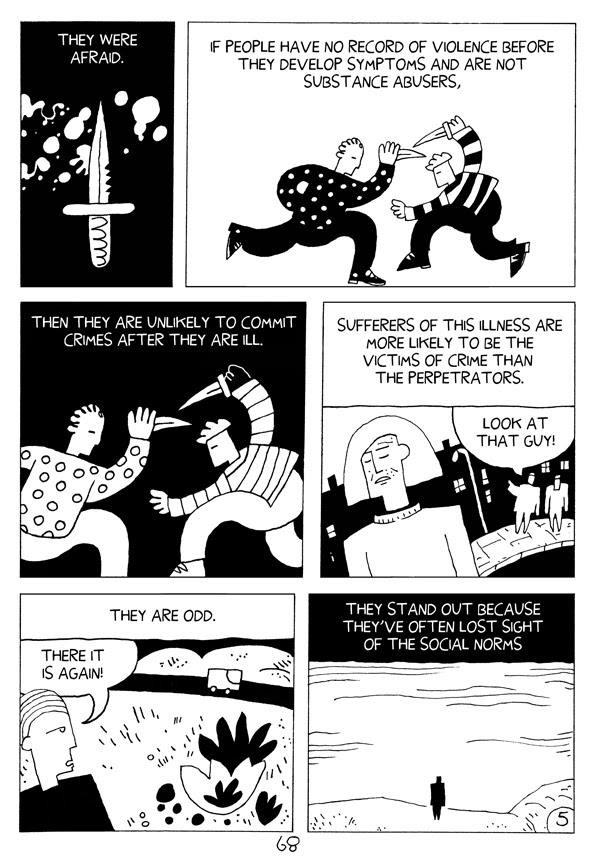 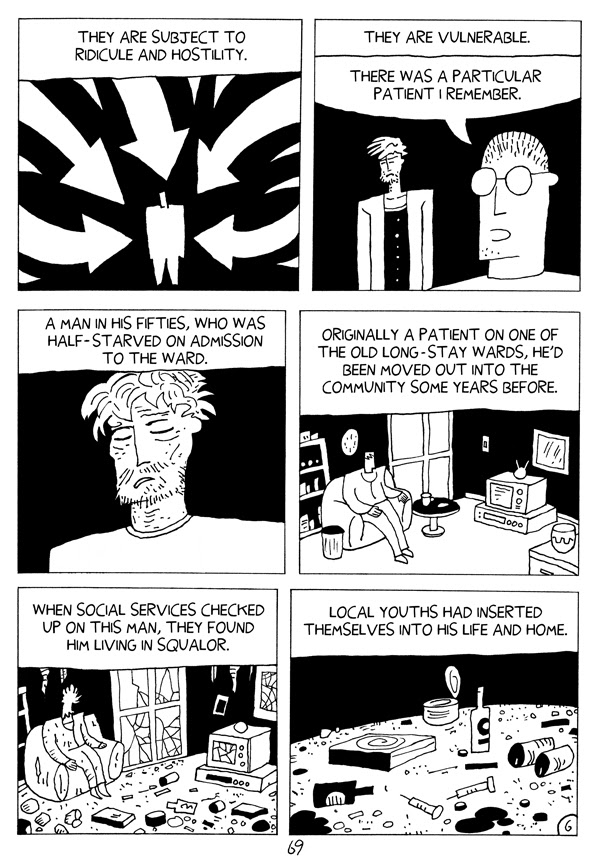 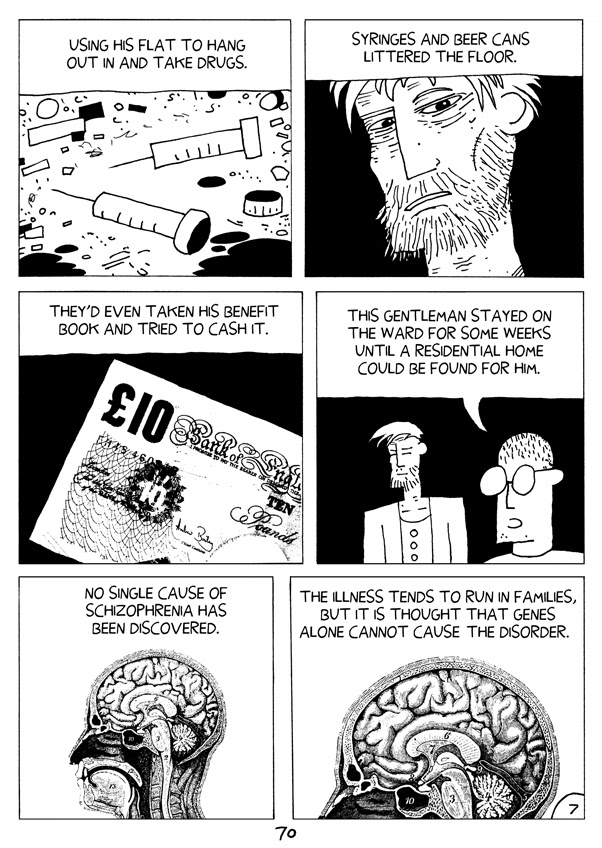 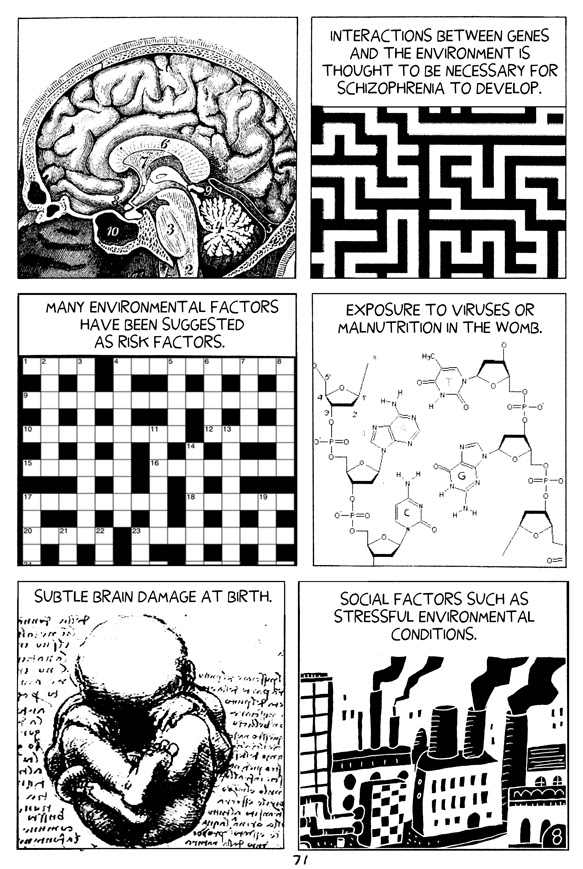 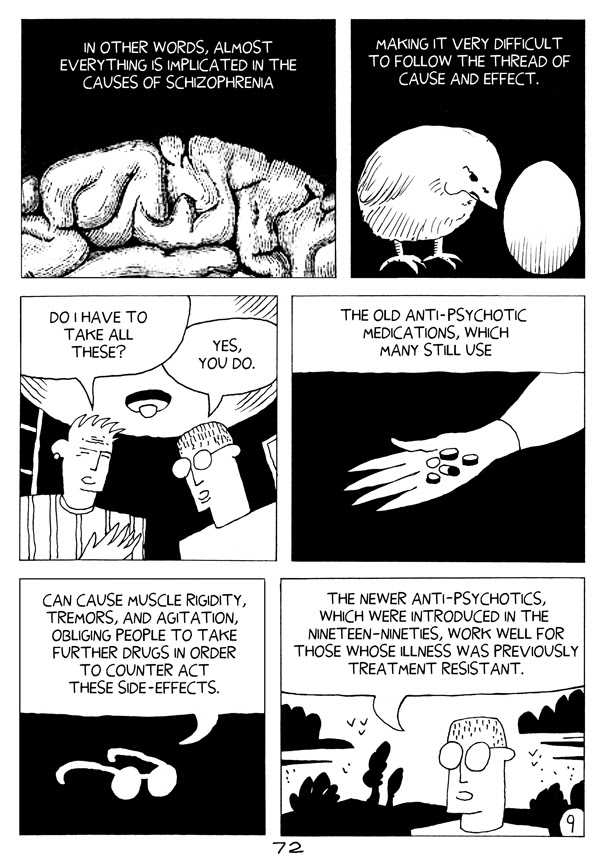 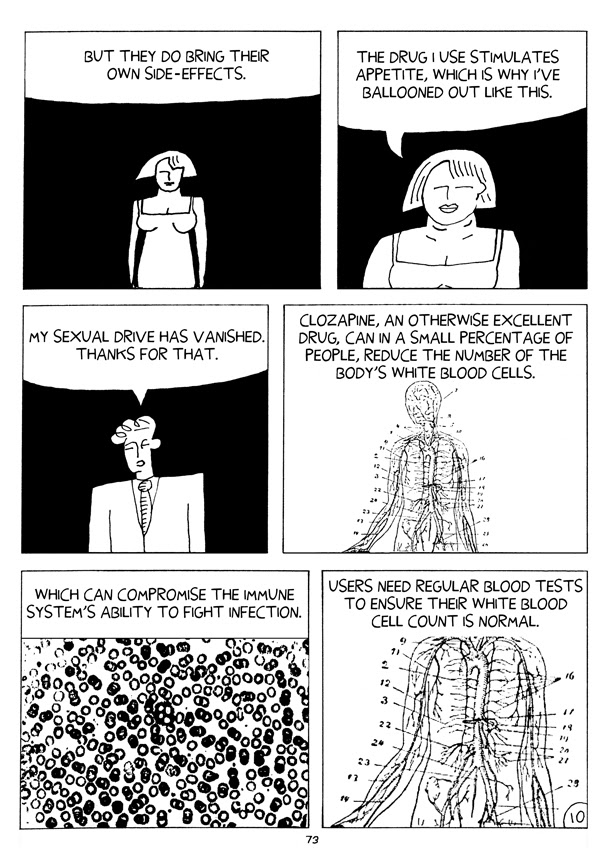 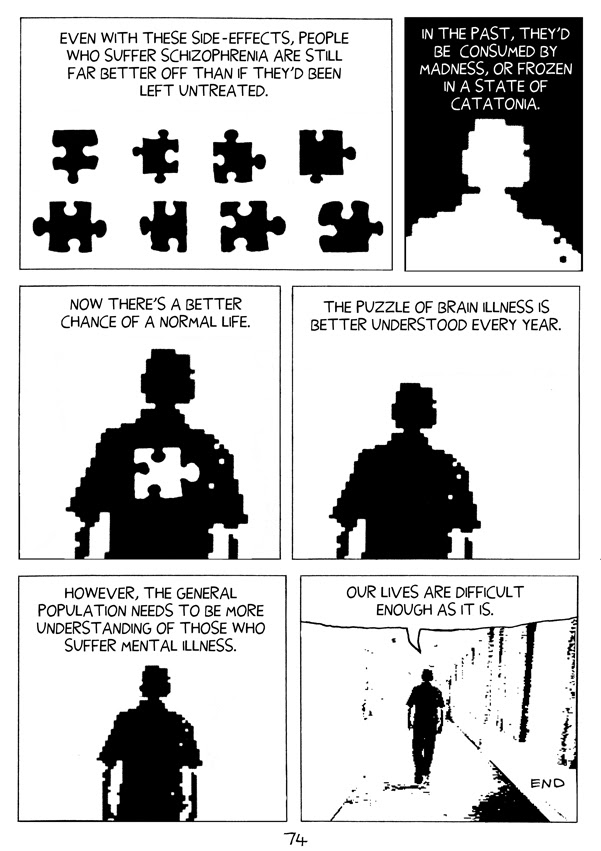