A few pages from my book on the 2008 financial crash. All about derivatives. 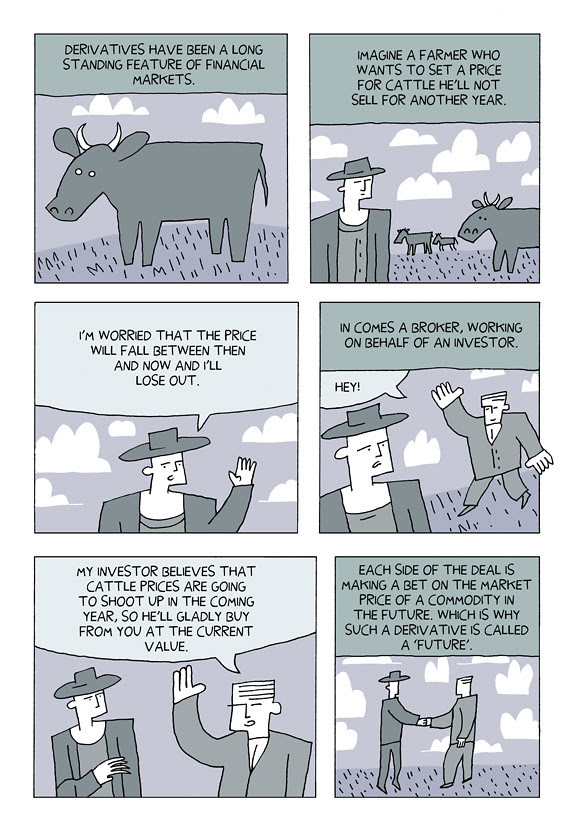 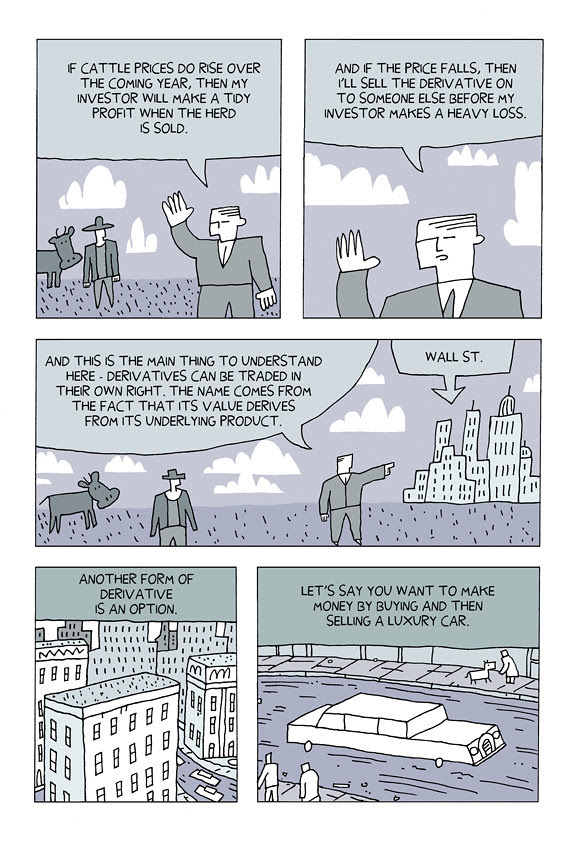 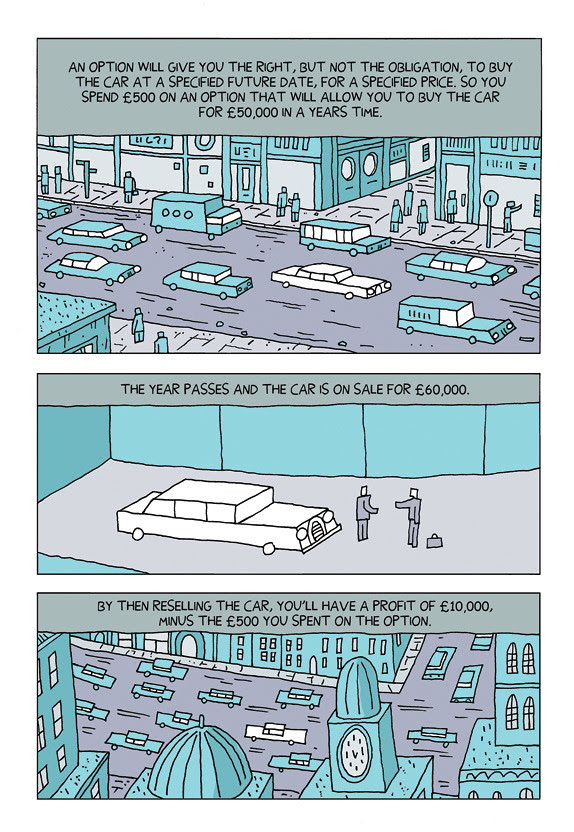 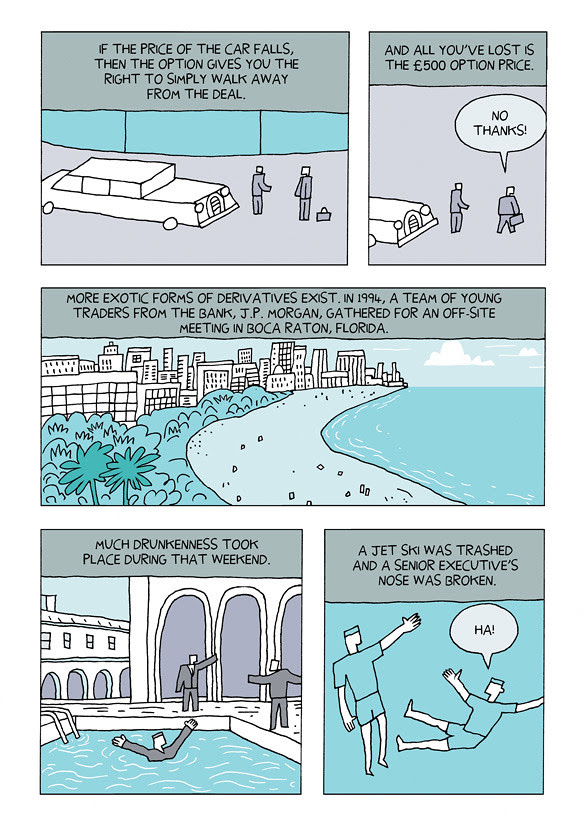 Posted by Darryl Cunningham at 14:17 5 comments:


Here are the first four pages of my comic book exploration of the financial crisis.

This is my modest attempt to do something about the problem. 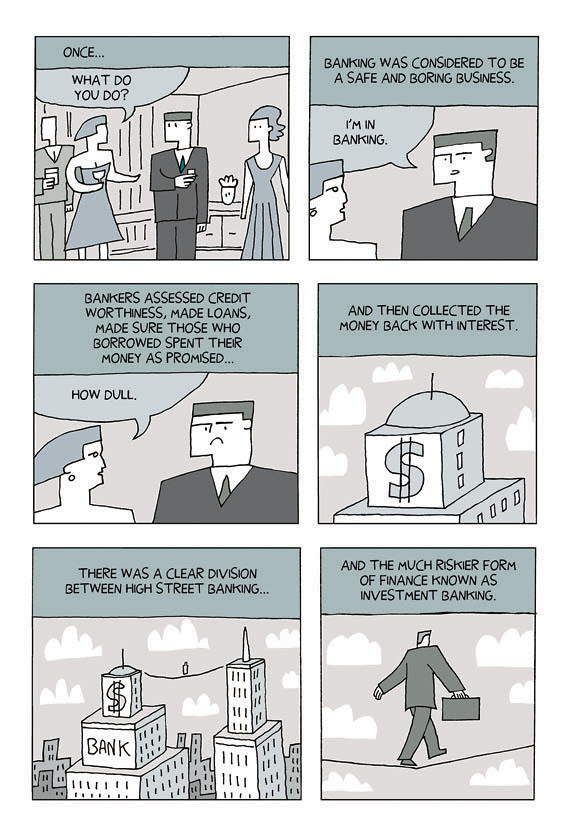 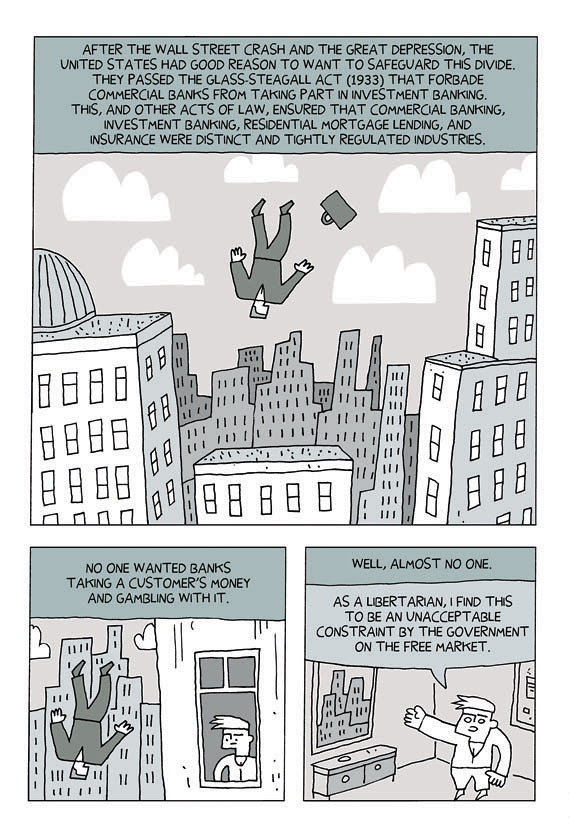 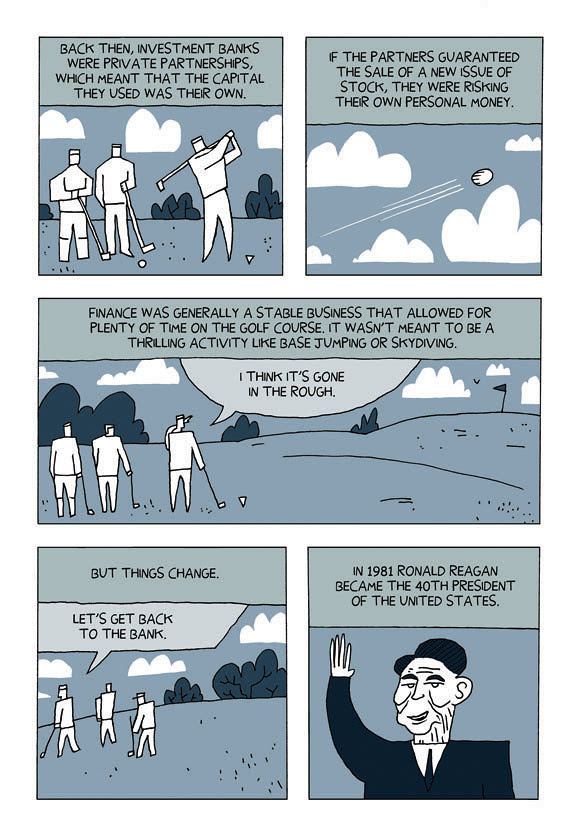 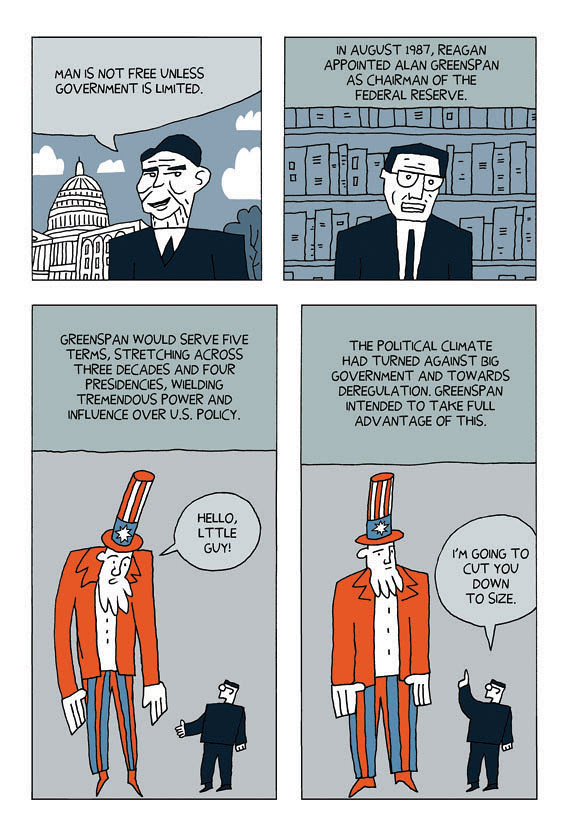 Posted by Darryl Cunningham at 15:58 5 comments:

I had to write a piece for an arts grant application on what my current book is about. Here's what I wrote...

I'll be writing and drawing a full-colour book, dynamically illustrated in the comic strip format, that explains the causes and consequences of the 2008 economic crash.

It will look at how the market in derivatives, and especially credit swop derivatives, caused the crash in the financial markets. It will explain, clearly, and in some depth, what these derivatives are, how and why they were developed, and how bad debt in the US housing market brought down the system.

It will look at the failure of austerity measures to solve the UK's economic problems and how these measures are being used to roll back the welfare state, creating further inequality.

It will look at how inequality in a society is bad for all in a population, including the very rich.

It will look at how the philosophy of libertarians, such as Ayn Rand, has captured the imaginations of business people and politicians on the political Right, especially in the United States, and how this philosophy has been put into policy.

And finally, it will look at at the current research into the psychological and neurobiological differences between liberals and conservatives. It will look at the psychological strengths and weaknesses of each of these political positions, why human beings have evolved this apparent split, and why this difference, when in properly balance, is useful to us as a species.

Many books have been written on these subjects individually in recent years, but none have attempted to bring all these themes together in a popular and clear manner. This is what I'll be attempting to do. I've a passionate belief that words combined with images can have a powerful impact and one that is quite different in quality from either a novel or film. Reading a comic is a very immediate experience and one that works well as a way of presenting lots of information in a short space of time.

Austerity, and how Western countries have dealt with the aftermath of the financial crash, is I think, the great theme of our time. It has defined the era we live in as much as the cold war defined the second half of the 20th century, affecting all facets of our lives. Having previously written two graphic reportage books on complex issues, and learned through doing this, how to take difficult subjects and boil them down into an entertaining and engaging narrative, I think I've developed the skills with which to successfully tackle this huge subject. 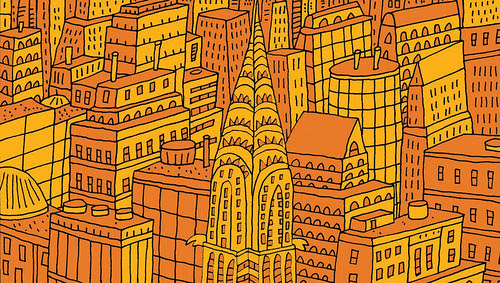 Posted by Darryl Cunningham at 18:35 6 comments: