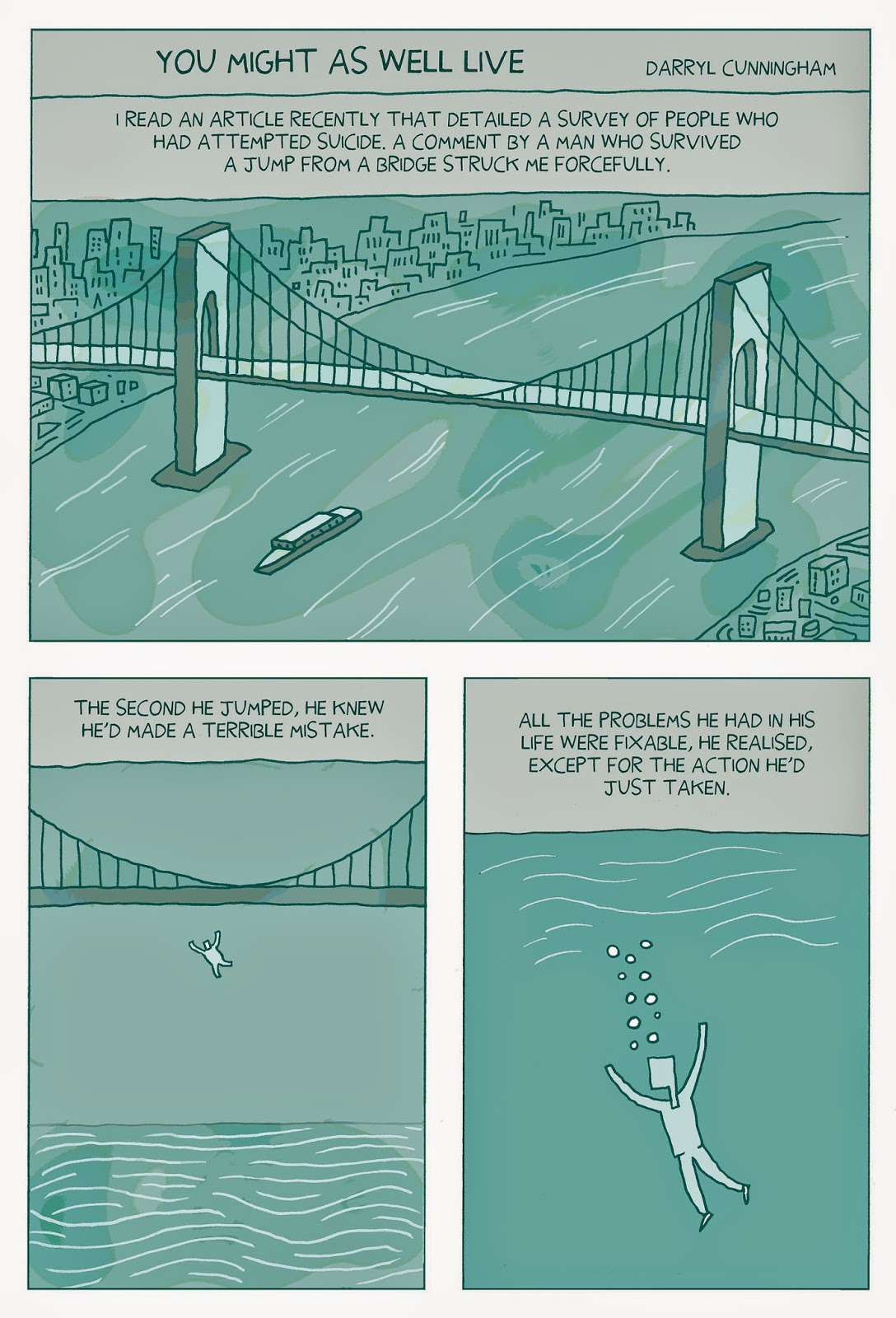 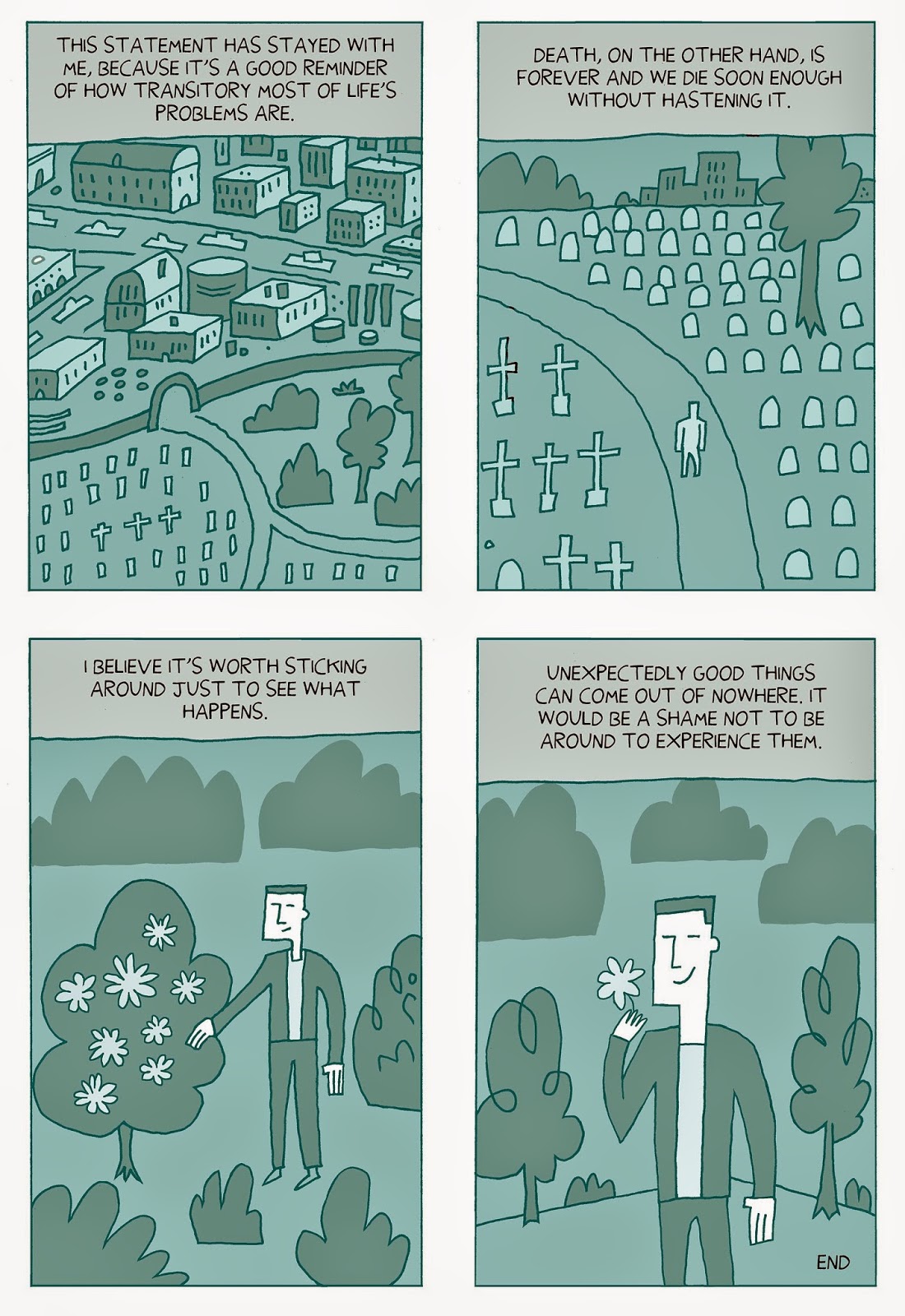 Posted by Darryl Cunningham at 00:25

Perhaps the jumper's mistake was in leaping to his death whilst in possession of some semblance of hope. Had the jumper been utterly bereft of hope and filled to the brim with despair then I'm sure they'd not be so likely to experience mid-air second thoughts.

You also have to imagine that irregardless of one's level of hope or despair, the sheer terror of plummeting to your death is likely to instil you with some sense of a clinging for life, since you are at the precipice—beyond the precipice in fact— of resigning life for the vast nothingness of eternity.

There are, of course, many caveats to this, but I wanted to spread a message of hope.

Regardless of what others say, this was an important message to get out today. UROK?

Hi, there. I am Tom Neil and I wish to describe how life had been for my younger brother living with schizophrenia and how he had been permanently able to overcome this debilitating condition via a naturopathic, herbal method.

Maicon - my kid brother was twenty years old when he was brought to the emergency room by the campus authority of the institute from which he had been suspended several months ago. A professor had called and reported that he had walked into his classroom, accused him of taking his tuition money, and refused to leave.